Energy policies: the commitment of Cittadinanzattiva at national and European level 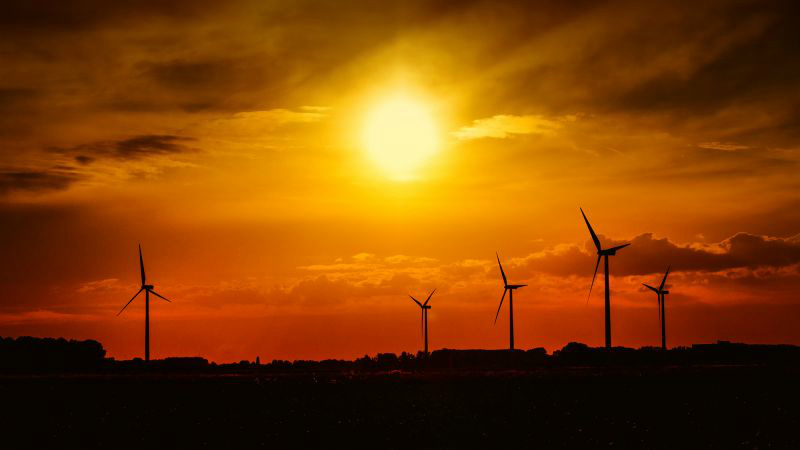 A – Activities at national level

Cittadinanzattiva has been realising policies, partnerships, initiatives, informative campaigns, etc. in the consumerist field for many years now. The final aim is to promote a new approach to the consumers and users’ role, where citizens do not just delegate their own responsibility to consumer organisations but they are actively involved in the accessibility, quality and protection of services and products. The intent is to provide citizens with the right tools and methods of protection to enforce their rights, because Cittadinanzattiva believes that taking actions is the best way to be a citizen!

Among the consumer policies promoted by Cittadinanzattiva through its network of experts and volunteers (IT – EN), the energy sector stands for a milestone in the organisation background, as the first activities in this field date back to 1996.
Furthermore, since 2000 Cittadinanzattiva is formally recognised at institutional level at the CNCU-National Council of Consumers and Users, a consultative body of the Ministry of Economic Development representing consumer and user associations nationwide.
In particular, in the past few years Cittadinanzattiva’s commitment has been focused on establishing an effective framework of rules within the energy market, where consumers are perfectly aware of their rights and live in a more innovative and transparent market.

On the topic of energy, Cittadinanzattiva works at different levels through:

1. Daily information activities, free assistance and advice to citizens thorugh the PiT service (Integrated Project of Citizen Protection), active since 1998 and promoted with the support of the European Commission DG Sanco (IT - EN). The PiT provides counseling, information and protection to citizens who encounter disruptions in several areas including electricity and gas, water and waste, transport and urban mobility, banking and insurance services, etc.

2. Annual evaluative reports and civic recommendations. The reports received by citizens (about 10 thousand annually through the PiT service) are processed in a final report presented publicly to the main stakeholders. It is a real analysis of the quality of service(s) based on the main difficulties encountered by citizens struggling with the supply of electricity and gas, the transition from protected to the free market, etc., combined with a set of practical proposals suggested by Cittadinanzattiva. In addition, each report is enriched with an analysis of the main trends emerging over the previous year.
In 2016 was published the XVI Annual Report by PiT Services was published. Cittadinanzattiva website hosts all the integral reports, along with their abstracts and thematic focuses.

All the above mentioned analyses were possible thanks to the cooperation with the Observatory prices and tariffs of Cittadinanzativa, which has been monitoring tariffs – in particular on local public services - for more than 10 years now, to protect the right to sustainability and to preserve a correct and transparent information to citizens (IT – EN).

B – Activities at European level

In the last few years, the European branch of Cittadinanzattiva-  Active Citizenship Network – has been committed to pursuing European policies and priorities in the field of energy. In particular, ACN has been committed to promote the civic point of view along with a high level of protection of citizens’ interests.
For these reasons, it has promoted partnerships (e.g. it is board member of EKOenergy network), initiatives  in conjunction with the EU Sustainable Energy Week, and several EU projects, such as

In 2016 Cittadinanzattiva has received a prestigious award in the field of consumer policy for Cittadinanzattiva at national and European level, that is the election of its Director of European Affairs as a new full member of the European Consumer Consultative Group (IT–EN), a consultative body supported by the EU Commission DG Justice, Consumers and Gender Equality.  Cittadinanzattiva will therefore represent the Italian consumer organisations within the Group, which is known to be composed of just one representative for each Member State. Read the official decision of the EU Commission on 18 August 2016, which also contains the nominations of the new members of European Consumer Consultative Group and of their deputies (2016/c 306/05) (IT – EN).

2017: From the national to the EU level: increasing our commitment to energy policies! During 2017, the European Institutions, regulatory authorities, companies and the constituency of the energy sector has recognised Cittadinanzattiva Onlus as a main stakeholder in the field of energy at EU level. This is the result of our hard work and multi annual engagement at national and EU level in a series of relevant initiatives on the topic carried out by the EU branch of Cittadinanzattiva, Active Citizenship Network. These include, for instance….Read more.
2017: Cittadinanzattiva is now in the Energy Expert Group of the European Commission
In March 2017 DG Consumer has officially recognised Tiziana Toto, Responsible for Energy policies and Environment at Cittadinanzattiva Onlus as member of the energy sub-group of the European Consumer Consultative Group (ECCG). The ECCG is a consultative group set up by the European Commission, entrusted to represent the interests of consumers at the Commission and give opinions which established a sub-group on Energy as advisory body on energy and consumer issues. Read more.

2017: Cittadinanzattiva promoted at EU level the “Manifesto of the Energy for the Future”
The European Sustainable Energy Week 2017 was the occasion for Cittadinanzattiva to present, for the first time at EU level, the “Manifesto of the Energy for the Future”, created in Italy by consumer organisations and energy companies. The Manifesto presents “the market that we want” and indicates the four key points around which a consumer-oriented energy market should be built: savings, sustainability, innovation, nobody should be left behind. The Manifesto is a model of co-regulation and partnership that, in the distinction of role and responsibility, represents a work that aims to enhance the active role of citizens and consumers in the development of the European Single Market. With regard to this process that tends to build a single energy market, Cittadinanzattiva Onlus has chosen not to be passive or indifferent but to play an active role.
The promoters of the Manifesto will lead initiatives in the coming months with the aim to support the implementation of the Italian Competition Law, to make the customers aware of the new market scenario and to take advantage of all the opportunities. To read the Manifesto click here.

2017: Cittadinanzattiva Onlus is part of the advisory board of the new EU Project “STAR-ProBio”
The Responsible for Energy policies and Environment at Cittadinanzattiva Onlus and the Director of Active Citizenship Network were appointed to the External Advisory Board of the multi annual project “STAR-ProBio” to represent Italian issues. STAR-PROBIO constitutes a multidisciplinary and multi-actor collaborative project that will meet environmental, social and economic challenges, paving the way for a much-needed sustainability transition towards a bio-based economy. To know more, click here.

2017: Cittadinanzattiva Onlus participated for the first time in the Citizens Energy Forum
Invited by the European Commission-DG Consumers, Cittadinanzattiva Onlus participated in the Ninth Citizens' Energy Forum in London on 30-31 May. The forum focused mainly on the Clean Energy for all Europeans Package and on how to encourage consumers to be more active. To know more about the forum conclusions, click here.

2017: Cittadinanzattiva Onlus invited at the round table on EU energy label
Last 19th of September, Cittadinanzattiva Onlus participated in the first round table meeting in Brussels that was realised in the framework of the “DigiLabel” EU project. The aim of the project is to make the EU energy label easier to understand and more readily available in-store and online. After a year of work, a group of expert advisors composed of retailers, manufacturers, consumer representatives and other stakeholders were invited to discuss the digital tool designed by the project (PocketWatt) and the findings of consumer research made in Spain and Germany about the acceptance of such a tool. To read more about the project, click here.

2018: Cittadinanzattiva at the 10th Citizens' Energy Forum
Last 20-21 September in Dublin, invited by EU Commission, Cittadinanzattiva attended the 10th Citizens' Energy Forum. This year's edition focused on the role of consumers in the energy market in the context of the measures proposed by the Clean Energy for all Europeans package and the recently adopted New Deal for Consumers package. In the session “Energy start-ups: What new value for consumers?” it was also illustrated the experience of EU project Citizenergy, the European platform for citizen investment in renewable energy, in which was involve also the EU branch of Cittadinanzattiva, Active Citizenship Network. To know more about this initiative click here.

2018: Cittadinanzattiva-Active Citizenship Network in the CropBooster Stakeholder Group
It will start in November the new H2020 project titled “Preparatory action to Boost Global Crop Yield for Food & Nutrition Security and to Fuel a Bioeconomy [CropBooster-P]”, under the Sustainable Food Security call “Future proofing our plants”. Cittadinanzattiva-Active Citizenship Network as well European Consumer Union (ECU) has been officially involved in the CropBooster Stakeholder Group which first meeting is planned for the next March 2019.

Last 12-13 September in Dublin, invited by EU Commission, Cittadinanzattiva attended for the third year in a row the annual Citizens' Energy Forum, hosted in the Aviva Stadium. This year the Focus was focused on youth and climate change and -for the first time - the European Commission decided to invite students and youth organisations to take part in the debates.
The meeting hosted three different panels, dedicated to “Engaging citizens in the energy transition for consumers”, “Sustainable finance for greener and cleaner energy”, “The next step in the energy transition for consumers”. To know more, click here.

2020: Cittadinanzattiva - Active Citizenship Network for NUDGE
Since September 2020, Cittadinanzattiva - through its EU branch Active Citizenship Network – has been actively participating to the Project “NUDging consumers towards enerGy Efficiency through behavioral science” (NUDGE). The project is funded by the EU’s funding programme for research and innovation Horizon 2020 (EASME’s call LC-SC3-EC-4-2020). NUDGE has a planned duration of 36 months and will be carried out by a multidisciplinary team of 10 partners, with trials taking place in 5 different EU countries. Taking into consideration the Italian situation with regard to matters concerning renewable energies and also given the EU’s position on the importance of energy efficiency, Cittadinanzattiva decided to join the NUDGE consortium as the only Italian participant.

Overall, the project’s objective is to systematically assess and fully unleash the potential of behavioral interventions towards achieving higher energy efficiency, paving the way to the generalized use of such interventions as a worthy addition to the policy-making toolbox.

Generally speaking, thanks to its constant commitment over the years, and to its accountable and oriented approach, Cittadinanzattiva has developed a series of activities aimed at strengthening protection in the field of energy, in terms both of resolutions and attention to economically disadvantaged people. Furthermore, its work has contributed to getting recognitions both by Institutions and relevant companies, which now identify Cittadinanzattiva as a main stakeholder in the energy sector.
All of the above has also helped to achieve significant benefits for citizens, among which:

Of course, little by little, the initiatives undertaken within the energy sector have matched the activities promoted by Cittadinanzattiva about environmental issues (water system and waste management), climate change, sustainable mobility, health, resolutions.
To learn more, visit the following sections of Cittadinanzattiva’s website: 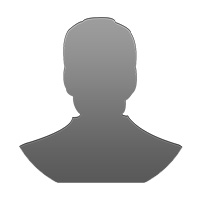