Italy: Car insurance, issues of cost and quality of service

Car insurance more expensive and out of control rates for new drivers. In Italy, the young novice drivers pay on average € 2.828 per year, but in extreme cases tenders can get to overcome even to € 9.000.

If for young people compulsory insurance in the automotive field is a real bloodletting, the situation is not much better for an adult class maximum discount: in 19 cities they will pay no less than € 800.

From the project “Rc Car. How much does it cost?” with the support of the National Council of Consumers and Users – Ministry of Economic Development, the activity of most consumer associations, coordinated by Cittadinanzattiva has allowed us to obtain useful information about quality and cost of compulsory insurance in the automotive field.

Geographical differences: in general, the beloved Rc car is more pronounced in the South (on average, a new driver spends € 3.101 and an adult motorist € 776), similar values to the center (respectively, € 3.013 and € 712), while rates on average less heavy are offered in the northen regions (respectively, € 2.532 for young people and € 547 for an adult).

In particular, the survey organized by the Observatory and rate of Cittadinanzattiva allowed to dispel to false myths: first, the alibi of the frequency of claims insurance uses to not hear about lower fares falls: the incidence of injuries to first place in Lombardia (17.1% of total source Isvap), followed by Lazio (12.8%) and Piemonte (0.8%), while Campania, Calabria and Puglia have offers medium more expensive. Secondly, the fact that women pay more for insurance than men does not correspond substantially to true. In fact, other things being equal, the tariff offers for men and for the fair sex deviate from 5 to 10 euros. In addition, recently (end of December 2012) entered into force the EU rules on charging “unisex”, thanks to the which such insurers in Europe will not be able to change the insurance premium for the same product depending on the sex of the assured.

In parallel, a qualitative survey was conduct by Adiconsum about the knowledge of the contents of contrat, which revealed that both the North and South Italy are united by the idea that saving is only linked to the price. Unfortunately, there is still much to be done both in the information and in the training: disconcerting, for example, the fact that the conciliation procedure is unknown, although it is in force for the pas 7 years.

The context: Italian car insurance are the most expensive in Europe

The German Institute for Quality and Finance has analyzed 31 companies, representing more than 95% of the Rc car market in Italy. In particular, the study shows a real “insurance spread” between Italy and Germany. Thus it appears that a young new driver man in Naples spends more than twice his own age German in Monaco or in Berlin. In Milan, a patented since many years spents € 590 against € 240 for an equal German. In Rome, a motorcyclist who operate a motor vehicle 500cc spends € 260 (rising to € 350 in Milan and in Naples € 830) compared with € 32 of Monaco.

As if that were not enough, the prices are also increasing. In Europe, according to Eurostat data, between May 2011 and May 2012 tha rates of insurance for liability insurance have increased trend of 0.9% (EU average 27). With important differences from country to country. In Germany, during the same reporting period, there has been a decrease of 5.2% compared to an increase of 4.6% in Italy, a value that leads our country into ranking well below others, such Sweden (0.2%) Spain (0.4%), the Netherlands (0.8%), Austria (1.7%), Belgium (1.6%) and France (2.1%), just to name a few. While considering the changes recorded in a larger period of time, Italy confirms its position well beyond the average European values reporting increases of 20.8% between 2007 and 2011 compared to the European average, which stands at 17,4%. 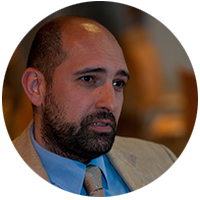